Wow! What a whirlwind I have had in running in 2019! My first race was Badwater Cape Fear completing 51 Miles on a Beach in North Carolina. My time was 10:02, overall: 22, GP:5. The weather was beautiful and it was a great way to start my 2019 Races! My intention was to do as well as I could so I could compete in the, “Badwater Ultra Cup”, consisting of three Badwater Races run by Chris Kostman.

My next race was less than 4 weeks after, “Mad City Ultra” where I competed for 100K Age Group Road Race held in Maddison, Wi. which I received USATF Age Course Record with times of 11:30:52, Overall:14, GP:3. The Race Director Timo Yanacheck was wonderful and the race was extremely cold for me but I tuffed it out and finished!

Two Weeks later I competed in, “Badwater Salton Sea”, an 81 mile Race that is one of the Ultra Cup Races and it is held in, “Salton City, CA”. This race must be run with one or two partners and you are required to stay with each other and complete the race together. This race I did With Ultra Runner Kari Kanuga from The Camine Islands. Results: 20:13:30. First Female team to complete the race. Overall:16, GP:2.

Then eight weeks later we were headed out to race the, “Badwater 135 Mile Race”. I love this race so much. It is the ultimate challenge and it is covered in such hot, beautiful, mountain climbing roads. I have different challenges every year I have run this race. I had a new crew this year and it is so important that the chemistry meets everyone’s needs. The race starts out at night and covers 135 miles. It is usually 120 degrees out even with the sun down. The road is hot and you will probably get a little burn on the bottom of your feet from the heat radiating off of it. I ran the first 50 miles by myself before I took on a pacer. After about 92 miles I slipped and fell flat on my face and broke my nose! After my crew cleaned me up, I continued with the last 43 miles beating my previous time and setting a new age course record of 34:03:47, overall:24, GP:5. The race was again run by Chris Kostman and I love this race the most!

Five weeks later I competed in, “Six Days in the Dome” a 24 Hour Race. This was such an honor to have the most champion Ultra Runners, male and female, competing for world records! I set new records myself finishing with 118.76 24 hour setting a new USATF Age Group Record, 100K USATF Age Group Record with 10:47, 12 USATF and World Record with 70 miles. This race was run by Steve Durban and he was magnificent!

Then in November I went off to the, “Icaras Ultrafest”, and competed in the 48 hour race! I loved this race! It was the first Ultra Race after being on a blood pressure medication for 5 days. I was having extremely high blood pressures before my cardiologist started me on the drug, “Lisinopril”. I was so tired from the symptoms of the drug but was blessed that it had my blood pressure under control! I ended up with a new USATF Age Record of 185.97 miles beating the previous record by 10 miles! I was so excited! I came in Overall:2, GP:2. 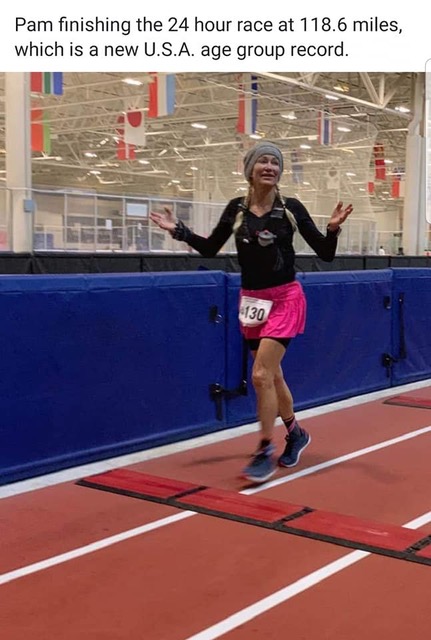 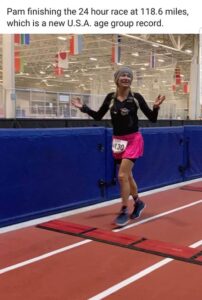 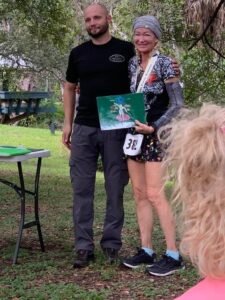 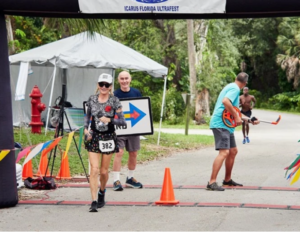 Running On Empty: How To Make The Most Of The Racing Experience While Staying Safe Badwater Cape Fear 2019