66 year old Pamela Chapman-Markle embodies the strength it takes to be a star ultramarathon runner.

Since running Rocky Raccoon’s 100 miler, her first race ever, in 2011 at the age of 55, Pam has knocked out ageist stereotypes across the board. At 65, she has run nearly fifty ultramarathons in a little over ten years, including four times at the harrowing Badwater 135. In 2019, her incredible performance broke an age group record and made her an overall winner of the Badwater Cup.

The same year, she swept Milhwuakee’s Six Days in the Dome, establishing three United States American Track and Field Records, (USATF), and one world record. She continued her record-setting trend a year later at Icarus Florida Ultrafest, where she landed records in USATF, USA overall, and the world.

To this day, she continues redefining what it means to not only be an ultramarathon competitor, but “a woman of a certain age,” as well. 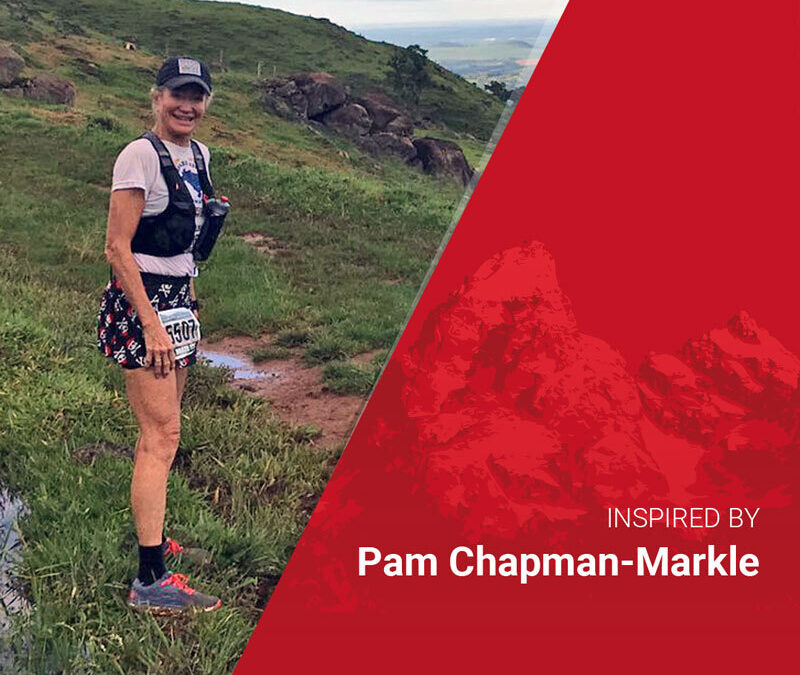